Remember this guy? Jared Fogle. He became a celebrity for losing more than 200 pounds by eating nothing but Subway sandwiches – for a year, I think. Subway made him a spokesperson for the brand and he appeared in ads that ran from 2000 to 2015. The ads were very successful and Subway only ended their association with Fogle when he was indicted for sexual offenses against minors. He was subsequently convicted and sentenced to more than 15 years behind bars. I’m thinking of Jared Fogle today because of a conversation I recently had with an attorney who represents several cannabis businesses. Cannabis is a commodity, as you know. So all growers are looking for ways to differentiate their crops and tell a compelling story. They need to build brands. The idea is to amass markets, of course, but also to attract the fat-cat buyers – big tobacco and big liquor – who are eating up the sector. A stronger brand means a higher sell price. According to this attorney, every grower’s dream is to attract a celebrity spokesperson as a shortcut to brand stardom and a massive exit package. But they should tread very carefully when making such a move. In a flash, Subway’s association with Fogle turned from profitable to toxic. There is a right way and a wrong way to use celebrity endorsers.

Associating your brand with a beloved celebrity is a tried-and-true strategy for brand building. Fogle was not much of a celebrity when he signed with Subway. There had been a couple of magazine articles about his unusual diet. But that was about it. It was Subway that propelled him to national celebrity. First they ran a test commercial in a limited market. Huge success. So they started rolling him out in more and more campaigns, each one more successful than the last.

Fogel’s appeal was that he was a real guy, a regular Joe Schmoe. He was not a male model type. He was relatable. It’s not surprising that, once he established a bond with the typical Subway customer, the brand would want to use him over and over again. But after a 15-year run, Fogel wasn’t just a spokesperson for Subway’s advertising. He was becoming part of the brand itself, like Col Sanders to KFC. That’s why, when he was arrested, Subway also took an enormous hit. Because they relied on him too much, Fogel almost brought the whole chain down with him.

Let Boardwalk develop a brand strategy
that won’t backfire on you.

So, for those considering paying a celebrity to “jump start” their brand, here are a couple of terms you should remember so as not to get a nasty surprise like Subway got.

KFC, nee Kentucky Fried Chicken, has recently been using a variety of celebrities to pose as their founder and brand spokesperson, Colonel Sanders. This is an incredibly effective use of celebrities because a) they’ve used quite a few of them now including George Hamilton, Norm MacDonald and Reba McIntyre (right), b) the gag is hilarious and memorable and c) the brand is not forever tied to any one person. KFC gets all the benefits of associating with the celebrity but none of the drag. If any of these Hollywood types runs afoul of the laws of man or morality, it’s no big deal. The KFC brand will just soldier on, perhaps substituting a new celebrity for the one that got in trouble. Use celebrities to drive your advertising, not your brand. Don’t get too cozy with any one celebrity. KFC is giving us a master class in how to leverage celebrities while minimizing the risk they bring.

On the other hand, for decades, KFC was represented only by its founder, the original Colonel Harland Sanders. Col. Sanders was the brand. Not only did he star in the commercials and do public appearances, his face was on the packaging and signage! Like Jared Fogle, Col. Sanders was not a celebrity at first. He grew into fame as the restaurant chain expanded. The people who bought the company from him convinced him to be their spokesperson and the rest is history. But they were taking quite a risk. Col. Sanders had had a rough life up to that point, one that was filled with backbreaking work, crushing disappointments and a fair amount of tragedy. No one has ever accused him of anything untoward and I certainly don’t mean to here. But he’s only a human being like the rest of us. Imagine if some past crime had come to light. Imagine if he had started saying or doing crazy things. KFC would have been toast.

What I’m getting at here is that it’s fine to use celebrities in your advertising. But when you start letting them become the only face of your brand you put your whole business at risk. It worked out well for KFC. It worked well for Wendy’s and their spokesman, Dave Thomas. It was a near disaster for Subway. So disastrous, in fact, they ended up regretting the 15 years in which Jared Fogle was a marketing success. Those cannabis growers would do well to remember that as they craft their brand strategies.

Seven Deadly Sin Of Branding
A light-hearted but still interesting take on branding from the land down under.

In Brands We Trust?
Like I always say, a brand is a promise kept. Edelman’s special report on brands and trust reveals that most brands still have a lot of work to do.

For Conscious Generations, Will Luxury Brands Become Irrelevant?
Somehow, I’m not going to lose much sleep worrying about the fate of luxury brands.

Employer Branding: The Critical Audiences
One single brand promise to engage and excite every constituency in the market – including employees and prospective employees.

We Spent a Night at the Taco Bell Hotel, Where Everything Is Supremely on Brand
Dream vacation? Or hellish nightmare?

Brainy Design: How the Unconscious Mind Responds to Product Packaging
The best packaging design moves the needle but doesn’t break the dial.

How Brand Identity Can Be Flexible And Consistent
I’ve always been a big fan of Chris Wren’s writing on brands. But attempts to “bend your brand’s identity”, however worthwhile, should not be made by untrained or inexperienced graphic designers. 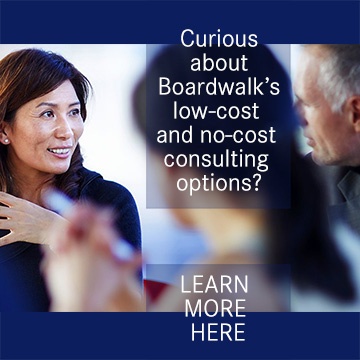 GLOBAL 500 2021 – The Annual Report on the Most Valuable and Strongest Global Brands
It took five years, but Apple finally regained the top spot. Who did it dethrone?

Interview: How Motivation Theory Can Build Brand Loyalty, with Aline Holzwarth, Behavioral Scientist
More acknowledgement that we buy on emotion, then find rationales for the decision.

How Associated Memorable Moments Drive Brands
Your customer touch points form a chain of moments that build on each other.

McDonald’s Sets Targets to Diversify its Leadership, Seeks Gender Parity by 2030
McDs sees the light and prepares its brand for a successful future.

Apple, Nissan Talks on Building Autonomous Car Ended After Disagreement on Branding
Why would anyone sacrifice the firm’s most valuable asset?

6 Factors Behind Lasting Behavior Change
Some changes are momentary, some are forever.