An Imperfect Metaphor For Branding, Marketing And Sales

Regular Brandtalk readers know that I sometimes refer to something I call the Branding-Marketing-Sales Continuum. These are three disciplines that operate one after the other, resulting, finally, in a sale. Because, at the end of the day, someone has to sell something to someone. That’s what commerce is all about. The delivery of a good or service in exchange for legal tender. It starts with branding, which leads into marketing, which leads into sales. You can imagine the flow going from left to right, terminating with a sale at the far right end of the line. These are three distinct disciplines that have somewhat fuzzy borders. Here at Boardwalk, we’ve never seen a branding project that didn’t end up with us doing a little bit of marketing too. And everybody knows how porous the boundary between marketing and sales is. When I speak to groups about this, I can tell people understand me but I never quite feel they’re really getting it. So I’ve been searching for a good metaphor that people would really feel. And here on Veterans’s Day, I think I’ve found one. It’s imperfect, to be sure, and a little more militaristic than I’d like. But I guess I’m just thinking about our fighting men and women. With respect, I’d like to share it with you. It sprang from a discussion about how the US flag is displayed on our soldiers’ uniforms.

When I was a Boy Scout, they taught us a lot about respect for the flag and the proper etiquette one should employ when handling or displaying it. One thing they clearly communicated: When displayed on a flat surface, the star field should always, always, go on the upper left. So why does our own government break this rule when they display our flag on military uniforms? I’ve heard all the explanations. But they’re not really very convincing. I actually think it was probably an unfortunate design decision made by someone who was never in the Boy Scouts. And now they’re inventing lame justifications for it. Whatever. It’s a branding no-no that has always bugged me. To my Boy Scout’s eyes, it just looks … wrong. But this controversy, if you want to call it that, at least sparked the branding metaphor I’d like to share.

We have soldiers in the field. They wear our logo on their right shoulder. And everyone they encounter knows what that logo stands for. Nobody has to stop and explain what the USA is all about. People know. Most people love seeing that logo. Some loathe it. But everybody knows what it stands for. (Notwithstanding our current political turmoil.)

Those soldiers didn’t just show up there. They were directed there by the Pentagon. The Pentagon prepares the battlefield for our fighting forces. Softens the resistance. The Pentagon also sees to it that they receive everything they need to be successful in the field. It establishes communications. It sets up supply lines. It takes care of the families back home.

But the Pentagon doesn’t just do all that on its own accord. The country itself commands the military to wage war.

Ask Boardwalk to establish a comprehensive
brand communications plan for your business.

So here’s the metaphor:

That flag represents the very essence of our country. As a logo should reflect the very essence of a brand. When your sales force (soldiery) shows up in the market (battlefield) it should display a logo (flag) that stands for something authentic and worthwhile (USA). It should have a unique brand purpose, perhaps tied to a relevant social purpose. It should offer a brand promise in which most, if not all, can believe.

OK. I told you it was an imperfect metaphor. But it occurred to me and seemed mostly accurate so I thought I’d share it. Open to your thoughts in comments below. Meantime, may I offer a couple of humble suggestions for fixing our “incorrect” flag on military uniforms? 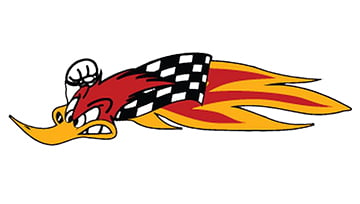 When we were working on the Honda Racing branding and licensing communication project, we ran into a similar problem. Honda had a deal with what is now NBCUniversal to use the Woody Woodpecker racing logo (seen here) on licensed consumer products geared for children and young adults. Notice that Woody Woodpecker is facing left. That’s how he was drawn and that’s how he appears on 95% of Honda Racing applications. But, if he appeared on the right side of something that moved, a bicycle, for instance, left-facing Woody looked all wrong. Then somebody brilliant (not me) discovered the real problem.

It depended where on the bike you put the logo! If the logo appeared on a horizontal part, like the cross bar between the handle bars and the seat, left-facing Woody looked like he was going in the wrong direction. But if it appeared on a vertical part, like the front fork, it looked just fine, facing left. So, after that, we applied the Woody logo left-facing on all applications – unless it was on a horizontal part on the right side of anything that moved. And there weren’t too many things like that.

So, two suggestions to the designers at the Pentagon. The flag on the right arm doesn’t have to be reversed. It will look fine with the star field in the upper left side. Why? Because the arm is vertical, like the front fork on a bicycle. It will look better, in fact because that’s the way 99% of Americans expect to see it. Nobody’s going to think the soldier is retreating or anything. That’s ridiculous. But it would not look bad to reverse the flag when applying to a horizontal part, on the right side, of a moving vehicle. Like the right side of a tank turret, for instance.

Or you could just restrict placement of the patch to the left shoulder. Then everybody would be happy.

Royal Canadian Legion marks Remembrance Day by asking gamers to stop playing
This is such a great idea. Wish our American Legion could adapt it somehow.

Why Every Brand Needs To Practice Active Empathy
So true. “In persuasion, there is only one truth that matters: theirs.”

What Ryanair Can Teach Us About Brand Love
This often comes up in my branding workshops. How do hated brands succeed?

4 Cornerstones Of Customer Experience
Note how BMW states, “We do not make cars.” You have to get past defining your business by what it sells.

New Logo and Identity for Vagina Museum
No comment. Ever.

Reebok Transitions Back to Iconic Vector Logo
This is a good move. But why is Reebok’s branding always such a mess? The red delta logo was a disaster.

It May Seem Like Hello Kitty Is Taking Over The Food World, But She’s Been Plotting This For Years
Is there really any limit to what a brand like Hello Kitty can do? 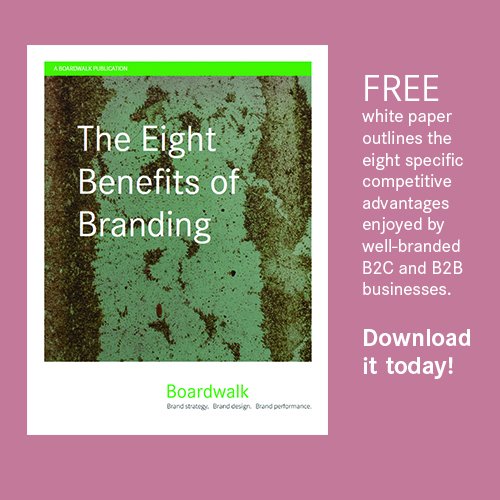 Why Your Innovations Aren’t Working
Something to think about at the start of the new year.

How Strong Brands Embrace Emotional Insight to Drive Growth
Again, we make decisions with our lizard brain so that’s where brands need to make their appeal.

Increasing Brand Awareness with AR
Only the biggest budgets can handle this now. But it will soon become more accessible.

How Purpose Is Driving Financial Performance
An excellent recipe for how a brand should align with the right social purpose.